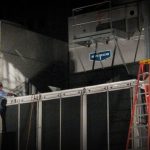 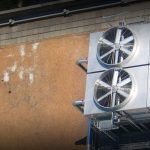 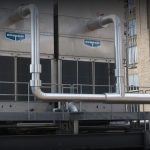 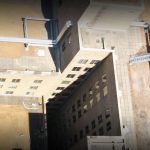 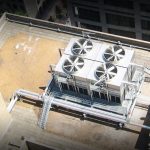 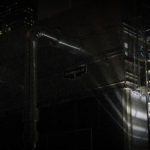 This project consisted of replacing two cooling towers and combining the two cells into one group of tower cells.

During the winter months one of the old cells had been completely disassembled and palletized on the roof, a street closure with a crane for a weekend was scheduled to remove all old structure, set new structure, set new cooling towers, new pipe and removal of debris from old tower. This was accomplished by the crews working two twelve hour shifts throughout the weekend. This main group of cells was completed during regular work hours. Condenser water pipe was installed between the two locations of the existing tower cells, across one building, down a wall 3 stories, and across adjacent building.  After this connection was completed the second group of existing cells was demolished. The structure and debris removal again called for a street closure with a crane during the weekend.