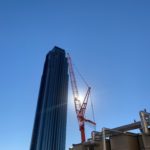 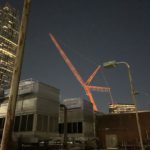 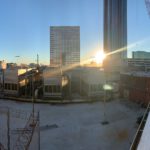 Har-Con Mechanical Contractor’s understanding of our customer’s needs were demonstrated during this project.  Working within their budget to procure an all-stainless steel two cell cooling tower, scheduling street closures and traffic control, and using our experienced team of pipe fitters and welders the project was completed ahead of schedule.  Assembly of the 350-ton truck crane began at 11pm on Friday night.  The removal of the old cooling tower began at 4am Saturday morning and the second cell of the new tower was set at 8:30 Saturday morning.  This allowed the Galleria Mall to open on time and did not impede on the stores opening and customers enjoying their day at The Galleria.  The Galleria has used Har-Con Mechanical Contractor’s on three of its last four cooling tower replacements and we look forward to providing our serviced to The Galleria for many more years.