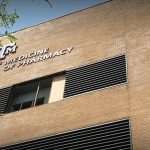 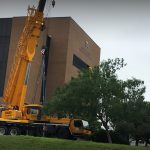 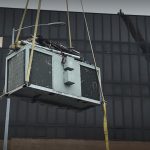 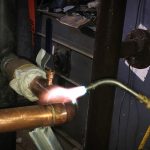 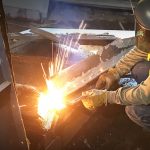 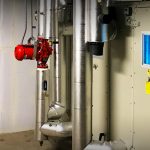 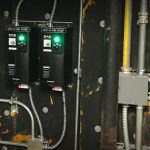 Here at the Reynolds building on the Texas A&M campus in College Station we had to replace ten (10)  Air Handling Units and six (6) Exhaust Fans.

We were asked to change one unit at a time and be able to keep the building supplied with temporary air.  This was necessary because all labs were still in the process of doing experiments and some of the rooms were animal rooms that stayed occupied.  We did each unit in period of three weeks. The first week we removed the existing AHU one piece at time through the building and down the service elevator. Once the existing unit was removed the new concrete pad would be poured along with the over head piping, duct work, electrical, and controls would be installed.

During the second week the new unit would be flown in through a side wall lover with a crane. When the unit was in place it was put through a series of test to make sure that there were no air leaks. Now the piping, duct work, and electrical would be connected to the unit. At the start of the third week the controls would be hooked up to the building system and the unit would be put into service.  There were four exhaust fans that were added on the roof of the building and ducted into the mechanical rooms on the fourth floor. The two mechanical rooms on the second floor had exhaust fans that were replaced as well. Once all of the equipment was in place and operational the system was tested and balanced to be set at design for this building.